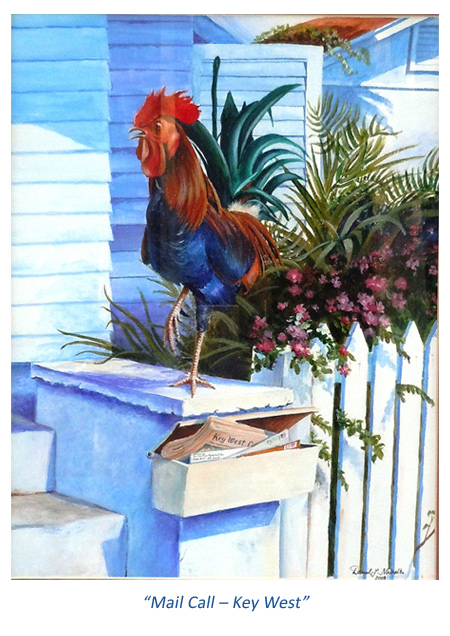 The artist exhibited unusual artistic talent at an early age. While his fellow 5-year-olds were drawing stick figures, the young artist was drawing detailed illustrations of the Mayflower in full rigging – being torpedoed by German U-boats. Thankfully, his subject matter matured and he moved to painting.

Raised in a small coal mining town in Appalachia, the budding artist could not afford expensive paints, so he used his ingenuity and made his own version of paints out of coal dust, berries, dirt and spit.

Passing up art scholarships to the Art Institute of Pittsburgh and the Ivy School of Professional Art, our artist’s career turned out to be one of federal service after graduating from the University of Pittsburgh.

He spent over 31 years with the Postal Service in New York and Washington, DC before retiring as a Postal Inspector in Charge. After five long days of retirement, he was back working in order to provide the artist’s wife and daughters with the lavish lifestyle they had grown accustomed to.

Over the years, the artist achieved some semblance of success and traces of recognition.  Most of his work, ranging from historical and postal subjects to landscapes and portraiture, is done in watercolor, but he has expanded to acrylics. He has won numerous awards over the years. Okay, maybe not numerous. He won one. And it was long ago.  But his work is fun and lively.

He is a six-time winner of the Postal Life Calendar Contest and his work has appeared on the covers of Postmaster’s Gazette, Texas Lawmen, Pennsylvania Sheriff’s Magazine and many postal publications. Major works and prints have been commissioned from the Postmaster General for the Universal Postal Union Congress, Pennsylvania Sheriffs, Washington State Sheriffs & Police Chiefs, and the Police Unity Tour for the National Law Enforcement Officers Museum.

He has had solo exhibits with GRACE and the League of Reston Artists. His work can be seen in the Night Gallery in Leesburg, VA. 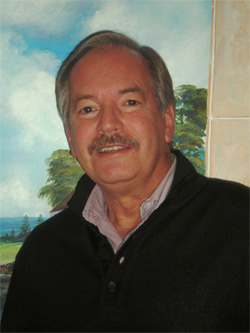 For more information and to view prints, visit